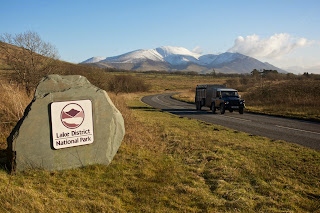 The cover photo in my assignment sets the scene, and to a degree the theme of the project.

Entering the national park we see the imposing Skiddaw massive and leading towards it a man made road. But perhaps even more telling is the sign itself, a manufactured attempt at duplicating the natural from this we begin to see one aspect of how man has had an impact on nature. 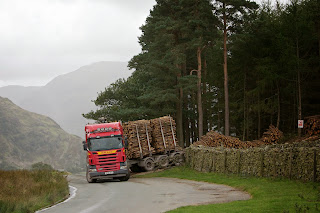 If the three images of deforestation appear to be in the wrong order this is purposeful. The logging is the end result but also the instigation to another cycle the second image shows deforestation but also the new and intermediate forest  the third is the stark result of an area  complete deforestation. In retrospect I am not certain whether this order of images works well or is too subtle to perhaps the point of confusion? 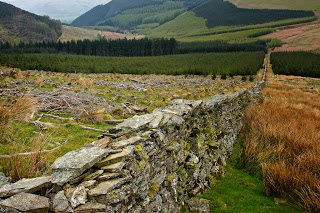 In image _DSC9079 The deforestation shows the wall...a product of stability and endurance contrasting with the  expendable replaceable more a industrial resource than a part of nature. 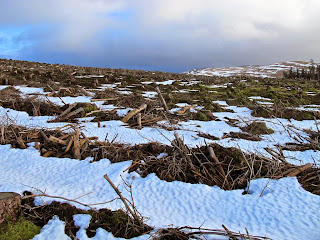 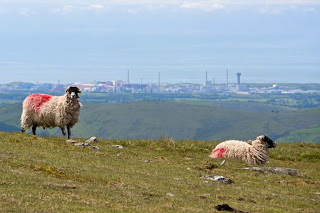 In the image to the left, there is something rather disturbing about the sheep on the fell in front of the nuclear plant. I liked the red stain on the sheep ... almost a pointer toward industries injury of nature.

The image of the wind turbines on the one side of the rail and the fells on the other, attempts to show how industry and nature may oppose each other and also begs the question of the economy of cumbria which is to a large degree based around the national park and tourism. However industry is also a 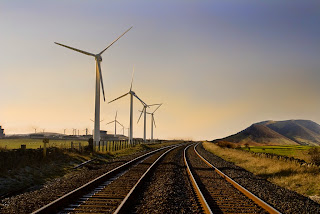 necessity and provides constant jobs as opposed to seasonal.  here again the fells are enduring and constant but the turbines have a short lifespan and are dependent on the weather. 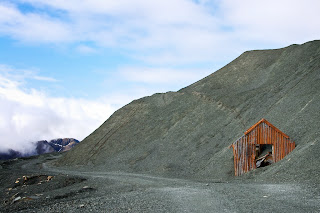 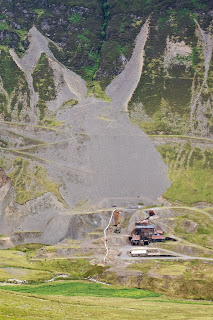 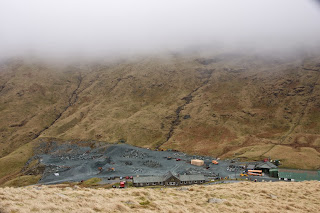 Moving on to mining and its effects on the landscape, I have included both closed and working mines and thier effects on the National Park. This is a very subjective viewpoint but never the less I found while photographing the subject that even the scars on the landscape had a certain beauty and I was drawn to the shapes, color and texture of the subject. Certainly in the image of slag heaps I was drawn by the texture and colour and also how the shape of the slag heaps was so similar to the surrounding fells. However, despite my best efforts, I disappointed that I could not find a viewpoint which accentuated this aspect. In the images of Force crag mine and Honister, I attempt to shows how obvious and intense the scars on the lanscape are .  Force Crag covers a large area and despite no longer being a working mine there has been no attempt to 'landscape' the area. In the image looking down on Honister mine I wanted to capture the oppressive feeling created by the low cloud. The last image in the set gives a wider view, showing the  of the mines place among the fells, and I hope reiterates how the natural beauty of the fells is disturbed by the mining industry. 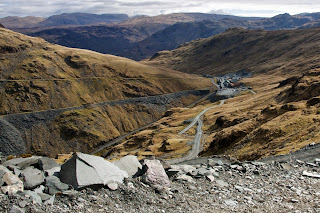 With the contentious subject of Access and landowners rights I have tried to put forward both sides of the story.  There are many arguments for and against access and whatever my own personal views, have tried to be objective. The first three images point out the restrictions on access and how in some cases there are mixed messages.  I saw this in the public footpath sign. 'Were there really bulls in the area around the footpath or was the landowner just using the statement as a deterrent? I certainly couldn't see cattle or bulls but perhaps the landowners was simply being cautious? 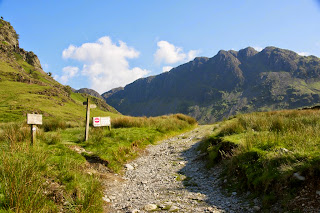 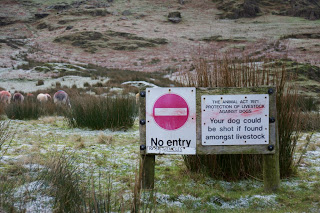 The signs alongside the public foot path to Haystacks are warnings that verge on threatening. However, the law does state that dogs can be shot. I took two photographs which included this sing, one which shows where the path leads and the obvious beauty of the area which attracts tourists and walkers, and a closer shot which accentuates the importance of the photograph but also shows sheep and serves as a link to the following image.
The image of the dead sheep may explain some of the reasoning behind the warning 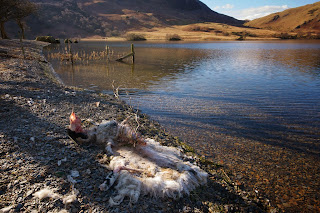 signs and the argument for restricted access. Farmers loose sheep to dogs, not always because the dog attacks or kills the sheep but more often from small injuries which result in the sheep being unable to feed or get to water. If you have ever seen sheep running from an uncontrolled dog on the fells and crags, you may be able to understand how easily it would be for a sheep to break a leg or worse fall from a height. This is not an uncommon occurrence and even from a purely economic view the loss of only a few sheep a year can have an impact. The 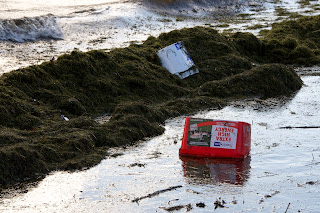 photograph shows the reality of death in a beautiful and pristine setting. 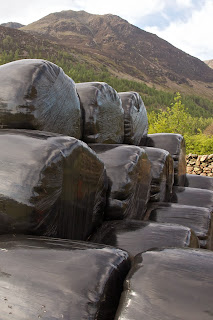 The image of the Lakeside litter and pollution is connected to the previous image by it's elements ...the lake, and the sheep food, but the thinking behind this and the following photograph is to depict that farmers are not exempt from their detrimental effect on the land. I like the way the bucket was placed upside down in the dirty water and how the colour, red for danger added significance to the image.
I saw the plastic bales as unnatural and out of place amongst the innate beauty of the surrounding fells, though in themselves the bales have much aesthetic value. 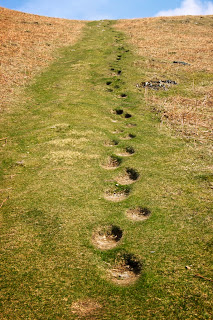 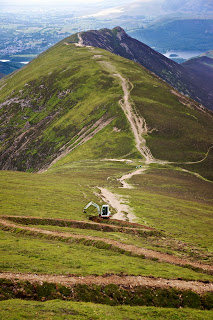 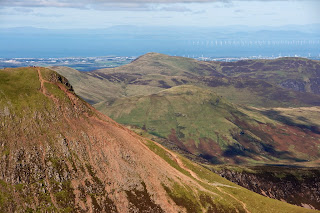 The footsteps leading up the hill are caused by repeated use. On that particular terrain people have taken the path of least resistance and those who came after have literally followed in their footsteps causing deep indentations, eventually water flow, frost and thaw will cause the footsteps to run together and cut a single trail into the fell side. In the image of the landslide this is the result of multiple paths, which may have started out as footsteps. This is not uncommon and I could have chosen to photograph other fells but I feel that the red 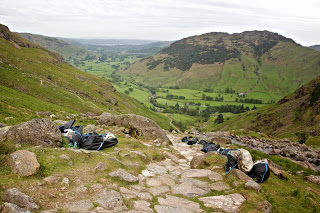 rock in the particular image makes the erosion stand out. In the two photographs of the solutions to erosion I have again attempted to induce questions from the viewer. Are the solutions any more palatable that the problems, both from a aesthetic and a practical point of view.


Overall I feel quite positive about this assignment, however in retrospect the industry section is a little fragmented and perhaps I should just have confined my images the subject of forestry or expanded the general industry section. I have tried to raise questions with my imagery and be as unbiased and objective as possible, though the entire them is essentially a contentious issue. I will be very interested to hear feedback on this project and how the viewer has interpreted it.

Welcome to my Blog